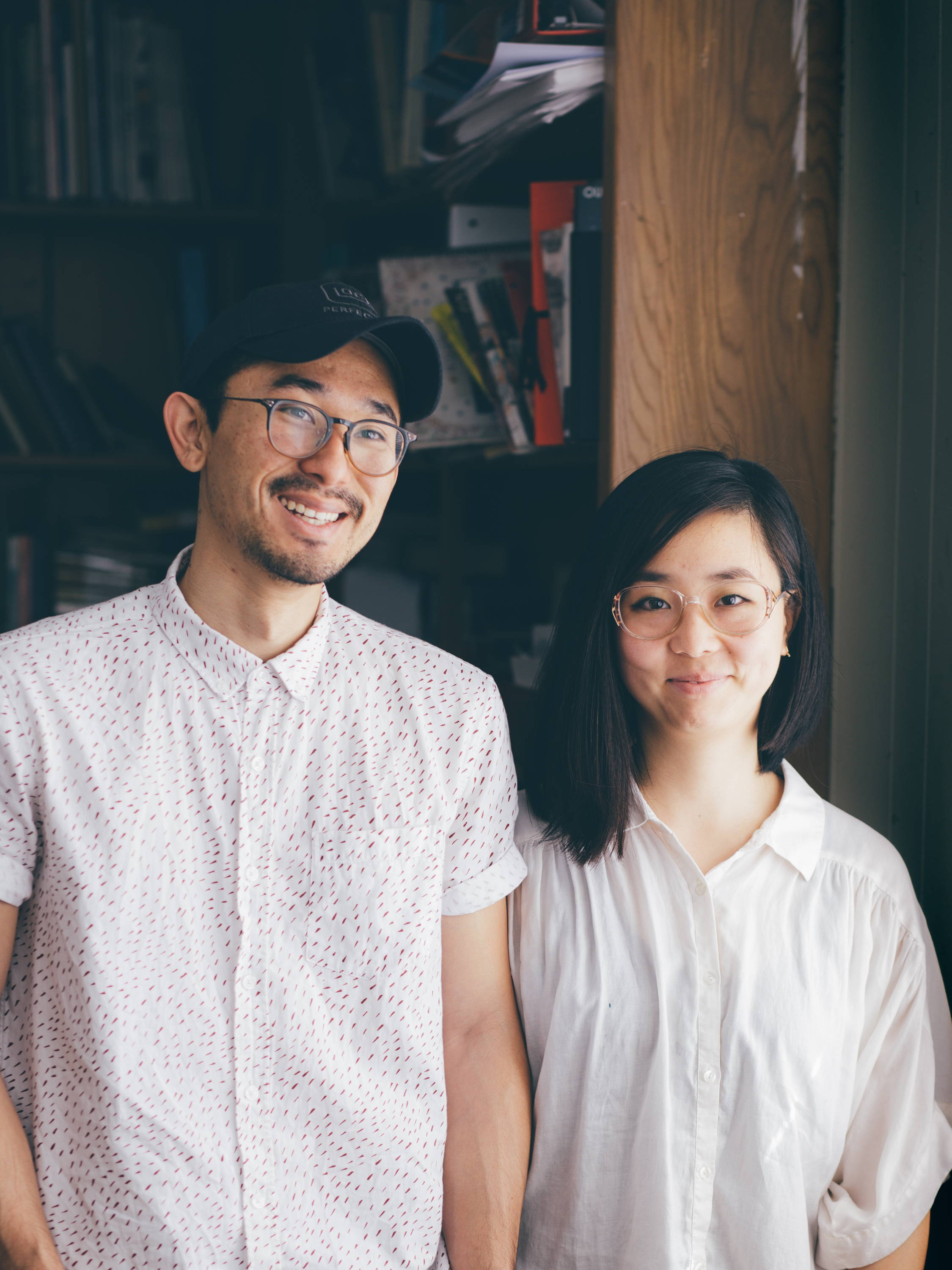 The Creative Tension of Darren and Trisha Inouye

“We're both passionate about story, so that trumps everything. It even trumps the look and the feel of the piece we are working on.”

We drive out to Monterey Park. Darren and Trisha live in a two story home that used to belong to Darren’s grandmother. It’s nestled into the side of a hill. There’s a vegetable garden and a pool that hasn’t been cleaned all winter and it’s the warmest day in Los Angeles this spring. Here’s all the things that happened.

I. Darren and Trisha Inouye are artists. Darren paints. Trisha draws. They've got work showing in art galleries and prominent coffee shops like Philz Coffee; and they've been published in magazines such as Inheritance. They both come from the prestigious ArtCenter College of Design in Pasadena. Their lives are deeply intertwined: they are married, they create together, have similar friends - they even run a kids art school (Rainbow Art) together in the neighborhood. They're also complete opposites.

II. "We were really good friends for like four years and we used to joke about how 'we'd never be together with anyone like you' - we used to say that all the time." Darren tells us as we sit in four chairs perfectly spaced in a square in the middle of their living room. There is no coffee table. Because this is first and foremost an art space. Their whole life is built around the creative process. Lots of open space, light bouncing off the white brick walls, with a very focused clutter of art supplies in Darren's corner. So. Many. Paint Pallets. The Inouye's have somehow found a way to be minimalist and cluttered at the same time.

III. This is the creative tension of Darren and Trisha Inouye: Bay Area vs. Los Angeles. Pencil vs. Paint. Structure vs. Chaos. Silence (but sometimes Justin Bieber) vs. Documentaries (but sometimes silence.) It's in this interplay of gifts differing that they spend their lives together: working, building and creating.

IV. "It's like ridiculous how well we compliment each other." Darren says while looking at the light sprawl across the floor, "I'm a big picture person. Trisha's the detail person that makes everything run smoothly and is able to organize thoughts to communicate it. So when we do our artwork it's almost the same thing.

Trisha will draw the image. She will usually create the character and then I'll create the background and paint it. And then it kind of morphs. There is conflict. But for the most part when we recognize our strengths everything gets smoothed over."

Looking over at Trisha he continues: "We're both passionate about story so that trumps everything. It trumps the look and the feel of the art-piece we are working on. I think a lot of what we're trying to figure out is 'how do we accomplish that story through our styles'. Trisha nods her head in agreement, "And in the end we both have to like it."
V. To understand what the Inouye's are trying to do requires an exploration of their faith. Both identify as Christian. They don't hide that part of who they are. Trisha offers her thoughts in quick succession. "I feel like as believers our spirituality can't be divorced from the rest of our life. So naturally the artwork that we produce or the creative problem solving that we do, it's naturally infused with just the way that we live as Christians." "When we do our artwork we don't want to create empty sort of images" "We both really like storytelling and I think that happens really naturally for the two of us. I think also we draw and paint from our experiences. Our experiences can't be divorced from our walk with the Lord."

VI. Making art for a living is often seen as a selfish pursuit in Christian circles (unless Jesus gets named dropped all the time, always, in every part that needs filler) and rarely a calling. The days of churches commissioning great works of art are a thing of the past.

There are higher things to aspire to. Darren admits that the struggle of, "Is this something I can do and honor God?" impacted him early in his career. In fact, he left art all together to pursue a life doing inner-city ministry: "I did not see a connection between art and loving people. I thought, well art is so selfish and it's really about myself creating art and selling. And actually I spent a year in Skid Row, Watts and Compton. And when I was doing ministry there - I took a break from school to do that - I felt like I had found my calling. I was like, 'this is where I'm supposed to be.' You know, forget college, forget art, I'm just gonna live down here and love people"

There's an asceticism that is uniquely Darren in this story. He comes across like the kind of person that throws himself into everything he does at 100%. This extreme, all-in on art or all-in on faith with no middle ground is a familiar dilemma to most creatives who have spent time in the Christian church.
VII. "Growing up I never wanted to marry another artist." Trisha laughs as she shares, "I think I knew inside of myself I had insecurities and I thought if I marry someone in the same field as me I'm going to compete. I’m gonna feel jealous and feel insecure." She laughs more but then says with a serious expression, "That's what i thought when I was young. So actually I did have some reservation marrying another creative cause I saw those things starting to reveal themselves...during our dating... and even in marriage... when we’re working on an image together... sometimes Darren will have a great idea and I’ll be like, 'UGH why didn't I think of that?' and there can be some conflict there.

But in the end I think it's great. We can connect on so many things and partner in so many things and just because you have an ugly side in you doesn't mean you just run and hide away. It's really good to bring that conflict to light and in front of the LORD and then live in harmony... We’re super weird together. We have so many things that happen at home that we can’t tell anybody cause they won’t understand." They both burst out laughing, reflecting on something that they'll likely never share with anyone else.

VIII. Darren and Trisha are two extremes. The place where they are most similar is in the swiftness and finality with which they decided what they wanted so early in life. And yet here they are. Clearly different - but made better by complimenting strengths. Compromise, honesty, healthy conflict - these are the things that have catalyzed their creative partnership. It's that intensity that has galvanized how they relate to the idea of calling.

"I feel like calling for us is more so who has God called us to love. So a lot of times it's the client or a demographic or students and then whatever we have in our hands we feel that we’re supposed to use. And at least right now I feel like we haven’t exhausted those resources to the point where were limited, unable to love people in those ways. We are serious people. We ask, “If God took art away from us would that destroy us as people?" And I don’t think that's true. I think we'd just have new tools. That’s what we’re supposed to do. Be creative and love people." Darren and Trisha could leave everything they've built tomorrow and be content. There's a holy indifference to success held alongside a deep dedication to craft that's refreshing to be around.
IX. It makes total sense that the Inouye's would run an art school. It's the perfect medium for these two wildly different artists to learn together in creative partnership. Darren gives us their pitch:

"Our vision for Rainbow Art is to take it to become the best art school in the city, and hopefully in neighboring cities. It's not because we want to beat out competition but because we’ve seen - at least in kids art education - a lack of integrity. They touch kids art work. They're not teaching art principles. They're performance driven, trying to get the kids to produce good images to impress the parents to keep the client. We'd like to be the best art school because we're focused on integrity."

"Our values for our business are: education, integrity, and communication."

"And we feel like they’re very intertwined. We offer free counseling sessions for all our students. So every three months the parents can come in and talk with us with their kid and give them evaluations."

For Darren and Trisha it's all about keeping art school accessible. A big part of that accessibility comes from working to keep tuition low - even if that comes as a cost to them personally. "This is the beauty of understanding that 'I am called to this'. And I think both of us feel called to be missionaries. We're putting more money in the business than were getting out of it. Putting more effort into the business than we're getting out of it. Because we're treating it like a mission, and you don’t do missions to get money. You do missions because you love people."

X: We're getting ready to take photos. But before we end we ask Darren and Trisha about their favorite piece of art - what they'd recommend go and check out. They say the same thing, laughing over each other:

"The Bible. Gotta be the Bible. It's the most beautiful story, the most true story, the most relevant story, most life giving - life changing story. The most truthful story. And on top of that the way it's written and the way it intertwines Old Testament and New Testament and how it's married together and how everything just like... the Minor Prophets and the Law and the Gospels and the Epistles and then how the scripture comes together and you can endlessly go back and forth and it becomes richer and richer and richer... that's like the most beautiful woven together anything. Because it was created by the Spirit of God and it's alive - theres nothing else that exists like that in creation."

It's fitting that the text they build their lives around reflects their creative process. Conflicted and intertwined. Messy and woven. Endlessly going back and forth - becoming richer and richer. This is the creative tension of Darren and Trisha Inouye. 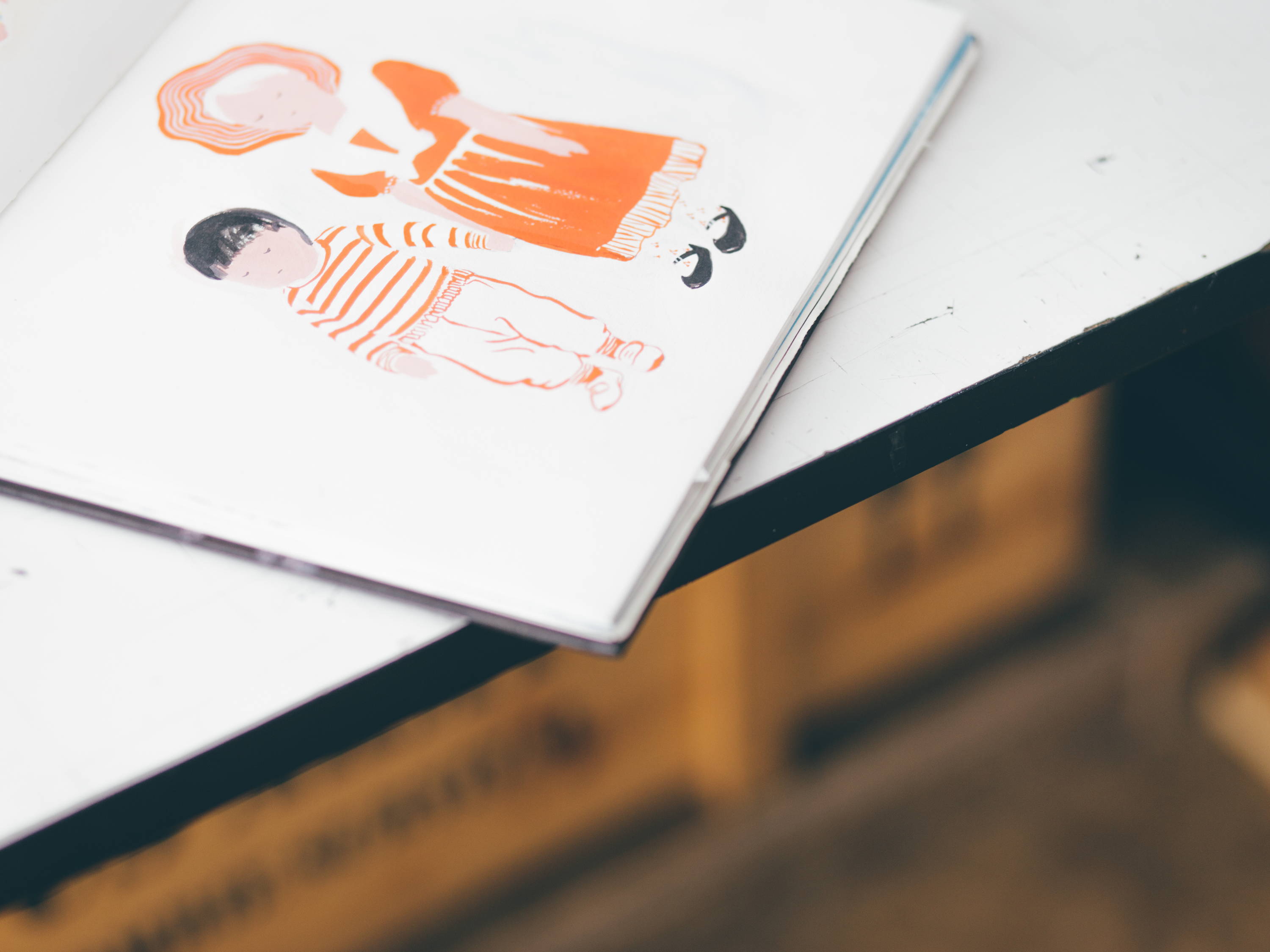 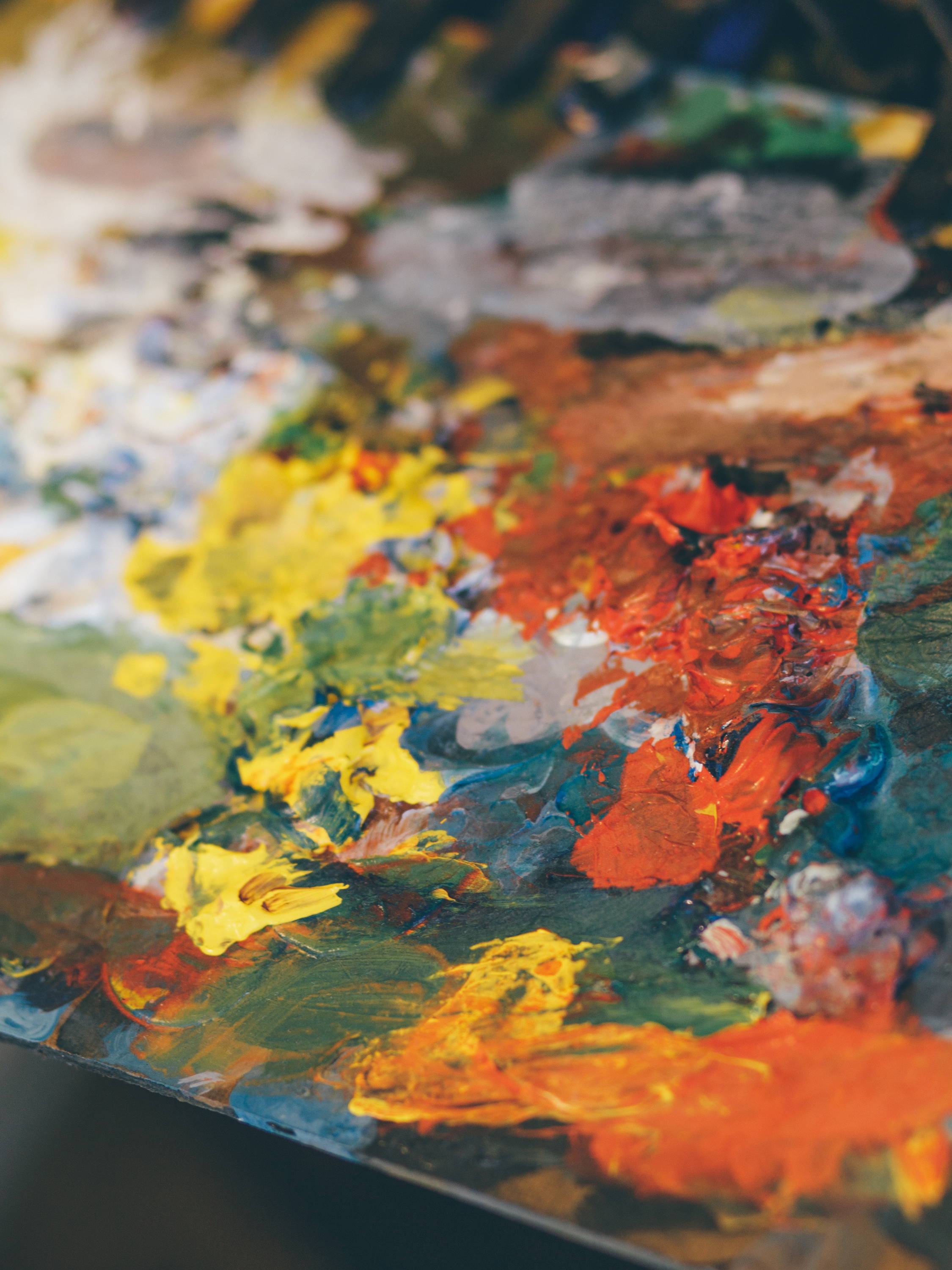 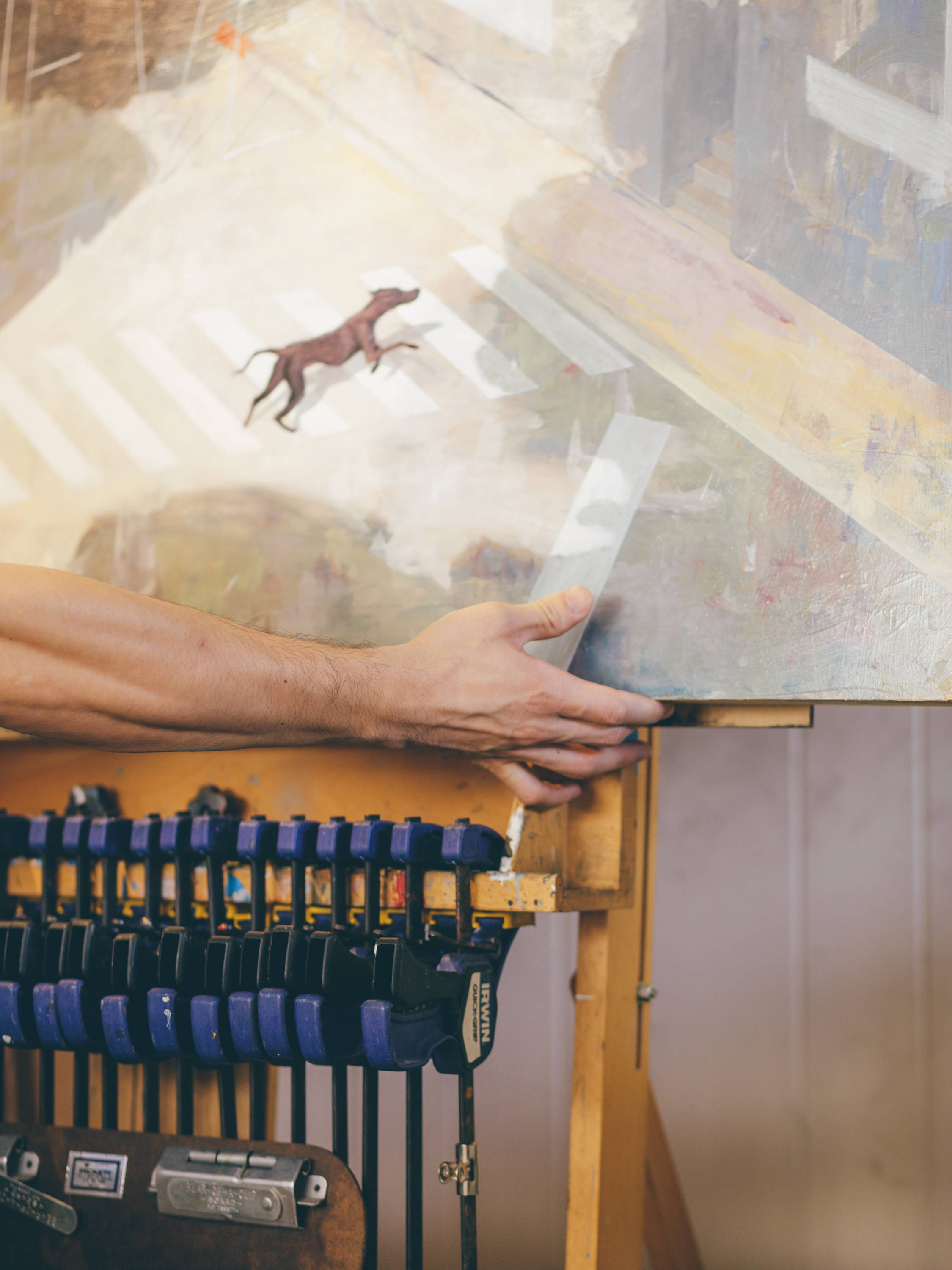 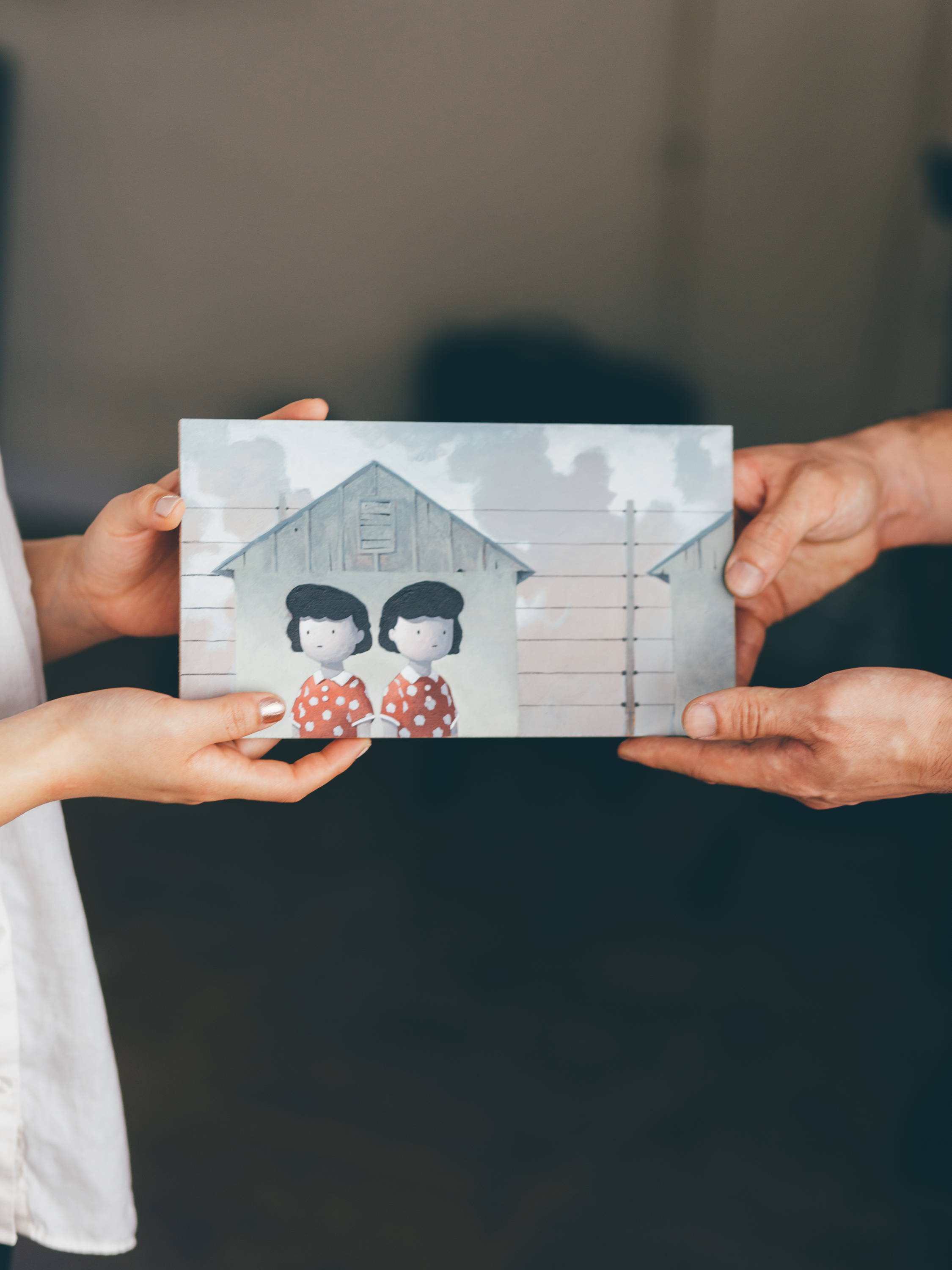 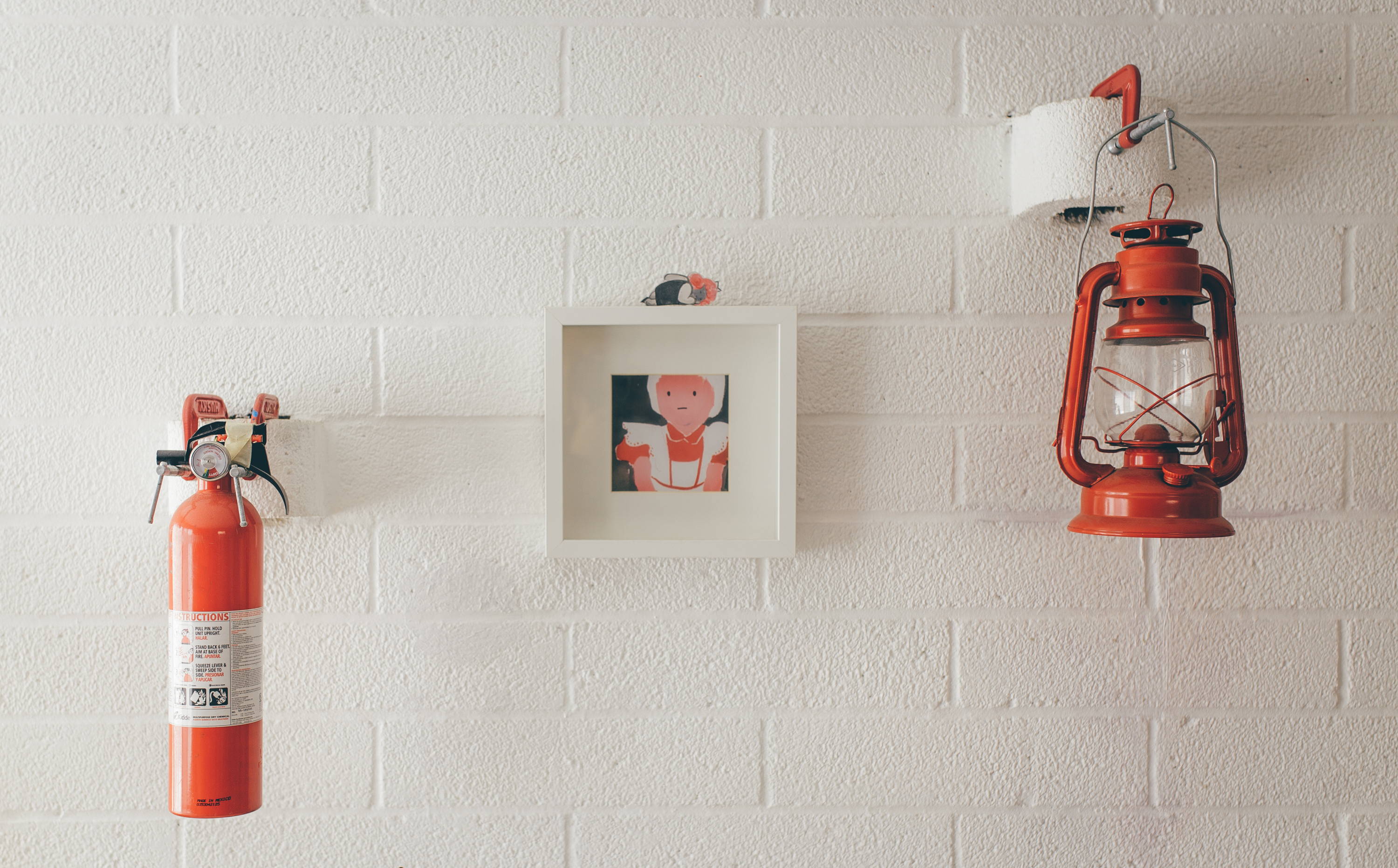